Home » Mag » Brian Coleman: meet the man with the technique

The lost art of liner notes and his undefeated warrior: meet Brian Coleman.

Brian Coleman, journalist and writer, is the author of two essential books for hip hop sufferers: Rakim Told Me and its ideal continuation, Check The Technique. In Check The Technique, in particular, Coleman has expertly and patiently written the “liner notes” of some of the genre’s fundamental albums: an avalanche of interviews and notes on many of the most seminal records and songs of our youth. On the occasion of the release of Check The Technique vol 2 (a mammoth of over 500 pages that picks up where volume 1 left off), we heard it for you.

Ok, let’s start from the beginning: what was the reason that motivated you to write Check the Technique in the first place?
Well, it all actually started with my first book, Rakim Told Me, which I self-published in 2005. That first one was just me taking interviews I had done in the past, for various magazines, and blowing them out to the length I thought they should have been in the first place. So if a magazine only gave me 600 words, my chapters in that book would be more like 2,000 or 3,000 words. Then my second book, Check The Technique (Volume 1), was in 2007. For that one, which included many of the chapters from Rakim Told Me (some which were expanded with extra interviews – like De La Soul and Ice-T), I did new interviews. It was really like two books for the price of one because it was 500 pages long. Basically, all of my three books are just answering questions from my favourite artists that I wanted to know, and just sharing those answers with other fans who also want to know more about these artists and albums. I just counted everything up the other day – over these three books I have covered 66 albums, ranging from the early 1980s to the late 1990s.

The first instalment of Check The Technique was a big success. When exactly did you get the idea to put out volume 2? How long did it take you to get from the idea to the final book?
I had already started work on Volume 2 even before Volume 1 came out, I think the Ice Cube chapter was the first one I began, in late 2006. Also Stetsasonic and KMD. For most of 2007, I got sidetracked promoting Volume 1 and then I got a full-time “real” job and that sidetracked me, for several years, to be honest.

It was always in the back of my mind, but I wasn’t in any rush. Then last year it got to the point where I said: “I have to finish Volume 2 up, I can’t have it hanging over my head.” So I went to work intensively with interviews, transcribing and writing everything up, which was probably 9 months of work. But some of the work stretched back to 2006, which is kind of crazy.

Check The Technique vol. 1 picked up where Rakim Told Me (your first book) stopped. Presumably, the conception of volume 2 was different: do you want to talk about the differences in the working method?
There really hasn’t ever been too much of a difference in my method – I call artists up and ask them questions. Usually, they answer those questions and don’t hang up on me!

What was the criterion for inclusion, this time, for the albums in Check the Technique 2?
I don’t necessarily have a “set in stone” criteria for how I choose albums to include. They have to be albums that I myself like and want to know more about, that’s about it. Then it’s a matter of who I can get to talk to me. You’d be surprised at the big artists who will talk to me and the smaller artists who won’t.

I don’t take it personally, everyone has their reasons and I don’t think it’s ever that they don’t feel the books are worth. I always want to do maybe twice as many albums as I end up covering. It’s all just a big puzzle that I put together, and it’s always an adventure, as you can imagine.

The amount of research for the book seems staggering. Were there moments where you thought, “Nah, this isn’t worth it”? What were the biggest hurdles you had to face in your task?
Sure, there are many moments when I ask myself why I was doing this. But honestly, I get pretty frequent feedback from people that enjoy the books and are glad that they are out there. So that definitely keeps me going. It’s certainly not because I make great money doing these! Plus this time around I self-published, which is a LOT more work.

It was really just me and my designer James Blackwell, who was very patient and worked hard to make the book look amazing. My wife helped me with some copy-editing in the end. It was most definitely a lot of work. I’m glad that I own it, though, and I have full control. I didn’t like giving away 93% of my royalties to a publisher last time around. They didn’t do 93% of the work to deserve it. 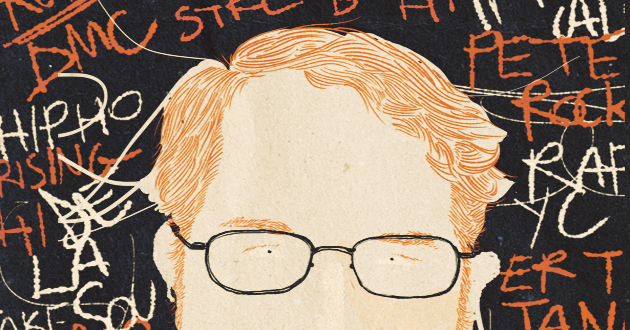 I am sure the effort you put is the same for every chapter, but are there any parts of the book that you are more proud of?
I am proudest of the chapters that are longer, because that just means that the artists and other people who helped those artists bring their music into the world (for instance, managers and record label people) cared enough to give me a lot of time to share their stories and struggles and triumphs … and occasional failures. Those chapters include ED O.G, Mos Def & Talib Kweli, Jazzy Jeff & The Fresh Prince, Company Flow and Smif-N-Wessun. I’m also proud of the KMD Black Bastards chapter because I have always wanted to know more about that mysterious album. And it was worth the extra effort to help tell a more complete story of that group, and of MF Doom’s career after his brother Subroc died and he got dropped from Elektra Records.

Is there any album that you wanted to cover this time, which you did not manage (maybe to be covered in a possible volume 3)?
There are a lot of albums I wanted to cover, but I never worry about those. And honestly many of those artists are ones that I have wanted to cover since the last volume, so I don’t think I’ll be doing a Volume 3. I’ll let other, younger writers do that work, I don’t own any patents on doing this work!!!!

In Europe, but I am sure it’s the same in the US, most “old school” fans started listening to rap music around ‘93-’94, so I think it’s a particularly honourable thing to cover outstanding albums that came out before that (I am thinking about the Mantronix and 3rd Bass chapters, for example). Did you put any thought in this, or did you just follow some sort of chronologic order, picking up where Check the Technique 1 had left?
I started listening to hip-hop around 1983 or 1984, with the Fat Boys and Run-DMC, so these books are really made up of music that has inspired me since I was young. This new volume includes the earliest album I have ever covered, which really isn’t even an album – the Wild Style Breakbeats, which were the instrumentals that Fab 5 Freddy produced that were used by the DJs for the live performance scenes in the “Wild Style” movie. That chapter was a lot of fun, no one has ever really told that story in as much depth as I was able to do.

With this second instalment, you have covered albums which are less than 20 years old: honestly, do you think in 20 years time there will be anyone bothering to write liner notes for current albums?
I definitely hope so! I think that for some younger artists the album format isn’t one that is as important to them, because honestly, they haven’t grown up in an album world. And I don’t just mean vinyl, I mean that fully conceived albums with concepts aren’t held in as much reverence than with my “Golden Age” generation. But with that being said, you’ve got Kendrick Lamar making music that might be considered classic someday, and also Shabazz Palaces. I just saw Jay Electronica perform and he has yet to really begin his recording career in many ways. I always hold out hope for the future, and people should always keep in mind – what might seem like a classic today might not hold up in 20 years. You need some time to make that evaluation.

What can we expect from Brian Coleman in the near future? Any link for the fans that are interested in buying the book?
That’s a very good question. As I mentioned, I’m not really interested in doing another volume in this series, because I feel like I’ve done a lot and I need to work in a different format. I’d like to do an “as told to” biography with someone, I would just need to see who that might be. And I’ll pop up in publications – print and online – from time to time.
People can keep up with me on Twitter (@GoodRoadBC) and Facebook (Check The Technique). And for book buying links, go to www.WaxFactsPress.com.

EXTRA: The Rub Presents Check The Technique Vol. 2: A Mixtape For Hip-Hop Junkies

Illinformed and that boom-diggy we love

Illinformed has High Focus when it comes to Production Specs, indeed