In a year that took away musicians and artists like Takeoff, Coolio, Archie Eversole, Pharoah Sanders, DJ Kay Slay and Grand Daddy I.U., among many others, we’ve seen enough bad stuff. However, there was also a lot of good. We’re here to wrap it all up.

Let’s say that, after having escaped the often useless online “conversation” (quotes required), we return to the dungeons of rap for all who want to hear our voices commenting on the times we live. We start dropping some science about the best beats, pieces and wrong ideas that happened this year, in all our brutal magnificence.

We’ve put together all of our team, starting with the Sol Brother, the Masked Jedi, and Kristalia too. Kudos and mentions to the backbone of our posse, namely Andrea and Kamila – we definitely came strapped for this one. Our 2022 Wrap-up is here, innit?

Even if we kind of estimate that for many of those who follow our newsletter these picks won’t be completely new, we’re like the Wu, hence for the children. Of all ages. Enjoy the reading, and stay fly for 2023. 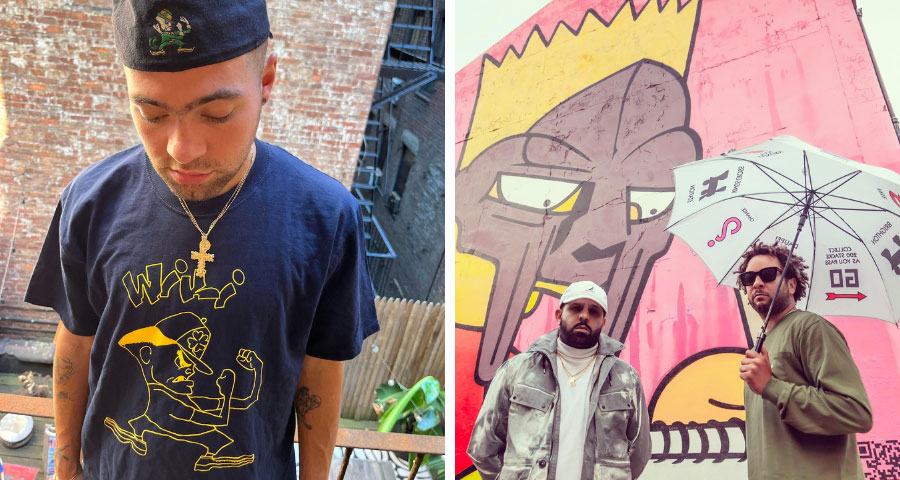 The Beats of 2022: Albums and Sounds of the Year to Wrap your Head Up!

What can we say? The choice of the Alchemist and Roc Marci collabo as “best of the best” might be a sure shot, a bit too easy, maybe, but…It’s impossible avoiding the pick as one of the best things that happened in 2022, fellas.

We’ve been blown away by some unconventional musical choices, by the rough rhymes matched to luscious beats and by the most elegant backgrounds in the game. The whole scenario is effortlessly kept together by two of the most prominent personas in today’s rap game. The album is simply perfect and unmissable.

What used to be a certain sound, at some point in the past few years has been unceremoniously discarded by many. Especially in 2022, this has proven to be true, as every and another rapper had to parade the “freshness” of his or her sound. Unfortunately, without fail, most of this parade was something akin to copycatting others, just because they were making money.

Surprisingly, someone has decided that, well, fuck it, that certain sound was good, and it’s still interesting, without making it sound like the Duran Duran on meth.

An honourable mention goes also to Magister Barbero, and BardoMagno, plus to the beautiful duo composed of The Purist and Sonnyjim, alias White Girl Wasted, responsible for bringing back MF DOOM to our loudspeakers in one of the most effective and thunderous tracks of the year.

Hands down, the most interesting mixtape of the year (well, it’s like a long and well-crafted album, though) from Raking’s own kingpin Wiki and the New Jersey-based producer Subjxct5. An end-to-end solid effort, fresh in terms of sounds and well-crafted and delivered lyrics.

As the duo puts it, that’s just “hard-hitting hip-hop that pays homage to the free-form mixtape era, with loud DJ ad-libs over underground classics, and a focus on lyrical ability, style and flow“. Go support them here. 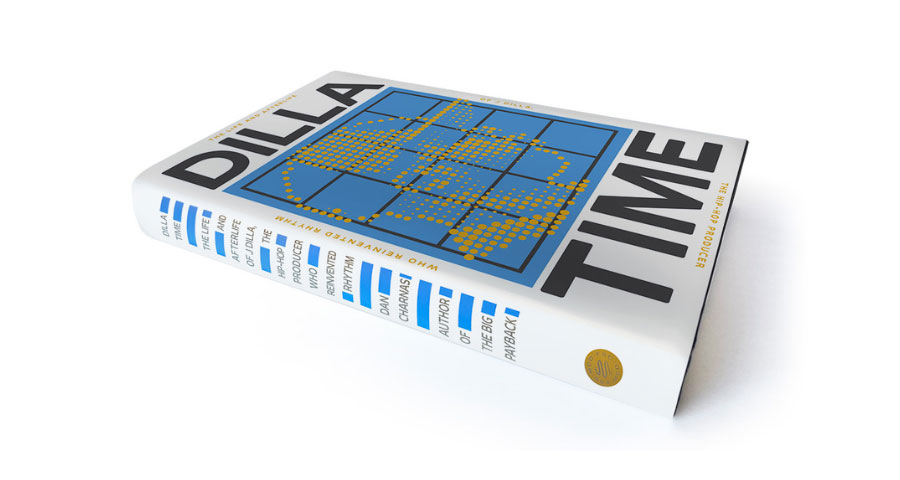 The Pieces of 2022: Web Pages, Papers and Books We’ve Loved.

The definitive book on (probably) the most important producer of hip-hop music ever, narrated by mixing biography and technical analysis of the sonic innovation that Dilla brought to the world with his drum machine. Dan Charnas comes back with the same dry prose that we had already appreciated in The Big Payback, but he somehow adds a note of passion towards Jay Dee’s work. The result, in the words of DJ Premier, “makes you feel as if you have followed his path step by step“.

One of the most interesting Marxist economists of our time, Riccardo Bellofiore sums up his last few year’s worths of articles in this book written with Francesco Garibaldo, discussing major challenges from a critical standpoint. Sorry for our non-Italian readers. Alternatively, you can read the next memoir written by Harry about his harsh life as a member of the Royal Family. Tallyho!

As big Noam Chomski fans, we couldn’t resist but dive into an interesting content-marketing project funded by the almighty Snapchat, as a spin-off to the brand itself, called Real Life Mag. From 2016 to 2022, this blog has been (well, still is, but they’ve run out of funding, so no more articles will be published in the foreseeable future) one of the most compelling and critical voices about the implications of living with technology and innovation, from a very human standpoint. 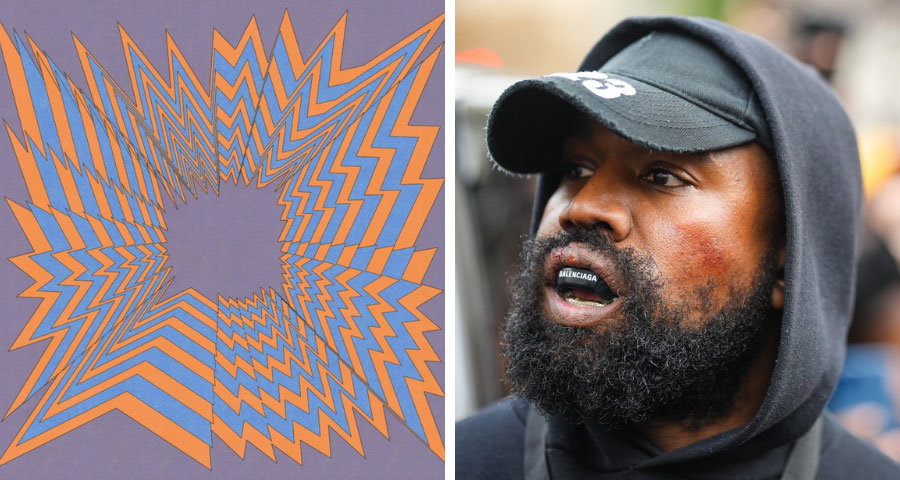 An illustration from Real Life Mag (L) and Ye at the Paris Fashion Week 2022, the beginning of his end

Wrong Ideas of the Year: Trash, Creativity, And Whatnot…

The self-destruction of Kanye West, and the fake Skechers advertising.

Well, that doesn’t even need to be said here. The pitiful sight of an attention-sick person willing to do anything to talk about him and who, up until now, has been forgiven for everything in the name of the self-imposed mythology of “genius”. All of this is absolutely fascinating sociologically, perhaps, but in the name of human mercy (towards us)…enough, kid.

The best take on this was for sure the fake Skechers video advertising, a mocking video by the Saturday Night Live show. Just a day after his multi-billion contract with Adidas was cancelled due to his antisemitic remarks, Yeezy showed up unannounced at Skechers to supposedly propose a collabo (!!!), just to be graciously escorted out of the premises.

Nah, he was straight-booted. Hilarious, really.

Let’s put it bluntly: this “real rap music” ought to sink with our generation. Exactly like much of our generation, it has proven to be the miserable product of an era in which the victory of the capital was established, and undoubtedly this music represented an ideological instrument of diffusion of neoliberal values.

Ferragamo has made its way into Westside Gunn’s head, much like Gucci made Puff Daddy’s pants back in the ‘90s, so we can’t really be left dumbstruck by the fact that 99% of the rap output became the new pop, with the very same industrial production process of pop, without Beatles’ aesthetic value.

Servility rehearsals from the Italian television personnel, and independent counterculture in the UK.

Giorgia Meloni’s claim of being anti-mainstream and working-class friendly was broadcasted from one of the most important mainstream political platforms of Italian television, without any meaningful contradictory opinion. Abysmal, but priceless.

The lack of debate and scrutiny of the current political classes is a generalized evil of the age in which we live, perhaps also because journalism is less prepared than it was in the past. But some interesting exceptions come from independent actors, who aren’t afraid to get their hands in the shit.

This is the case of the British creatives of Led By Donkeys, a constant and consistent campaign of exposure of the best and worst misdeeds of members of the English Conservative Party. Where art meets activism and accountability, here we stand.

If you know what we mean, you already know. If you don’t, stay in the know, subscribe to our irregular but funky newsletter, and see you around in 2023, hopefully. Peace, y’all!

Enter the young man with the golden urban sound

What links Conway, Daringer and A Tribe Called ...

Discussing Conway's "Reject2" and its impact on the culture

Billy Bogus and a big "pinch" of Italo soul: en...